On the Edge: Spotting Signs of Borderline Personality Disorder in Your Teen

29 Jul On the Edge: Spotting Signs of Borderline Personality Disorder in Your Teen

Posted at 11:00h in Uncategorized by Randi Nelson
0 Likes

The experience of being a teenager is one of the hardest times in a person’s life. Your emotions are going completely bonkers, and adults are expecting you to become responsible for your actions. When this rough time is further complicated by a emotional and mental issue like borderline personality disorder, life can seem almost intolerable. That’s why knowing whether or not your teen is struggling with borderline personality disorder is key to their future happiness.

What is borderline personality disorder?

They might view themselves in a negative way or might feel like they are no one. This instability causes frequent changes in their friendships, goals, values and, even, future jobs. 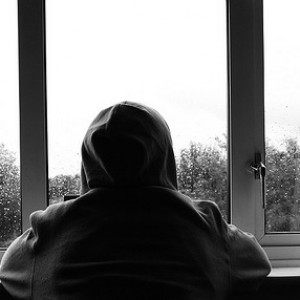 Signs of the disorder usually begin appearing during childhood. Treatment is difficult and might take years, but most people with severe symptoms can get better over time.

People with borderline personality disorder oftentimes have co-occurring issues such as depression, substance abuse and eating disorders. They are also at a higher risk to self harm, have suicidal thoughts and commit suicide.

According to the DSM IV, if your teen is experiencing an enduring pattern of at least five of the following symptoms, they can be diagnosed with borderline personality disorder:

Finding out whether or not your teen has borderline personality disorder is crucial to their future happiness and stability. Sending your teen to a teenage mental health hospital, such as ViewPoint Center, can help them get an assessment for their emotional, behavioral and mental struggles, and will get them the diagnosis and treatment they need to start on their path towards getting better.

For more information about the ViewPoint Center and how we can help assess, diagnose and treat borderline personality disorder, please call us at 801-825-5222.